The Dolphins of Little Loch Broom 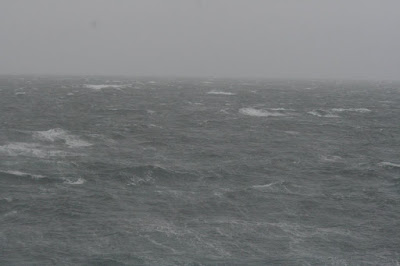 Our two transects around the North of Rockall Plateau didn’t yield any more fishing opportunities, just the occasional pause for CTD casts (Conductivity, Temperature and Depth measurements).  When we eventually found fish, the weather had worsened, making it dangerous to put out the net. 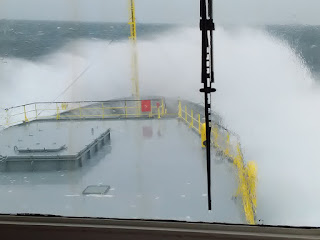 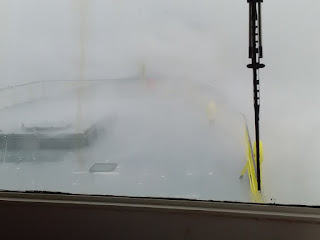 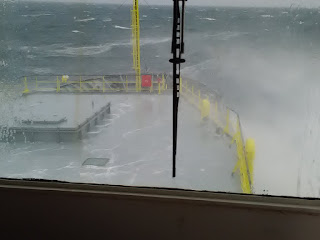 Neptune decided to bless us with some southerly winds of force 8 to 9 on the Beaufort scale (about 50 knots wind speed), so we set course for the Isle of Lewis.


While hiding from the weather, we’re using our time in Little Loch Broom near the Scottish mainland to calibrate the echosounders. The purpose of calibrating the echosounders is so that we can interpret the results from wild fish by comparing them to the signal from an object of known acoustic properties, to ensure the biomass volumes we’re seeing are accurate. This is done using a small tungsten carbide sphere suspended from four winches under the boat. Essentially we tied a copper weight to a metal ball and keel-hauled it with luminous fishing wire. 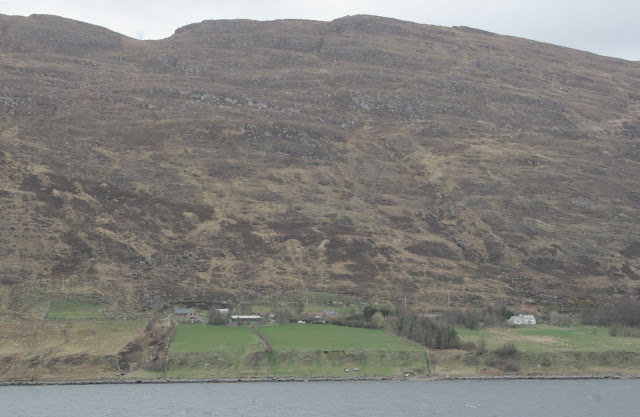 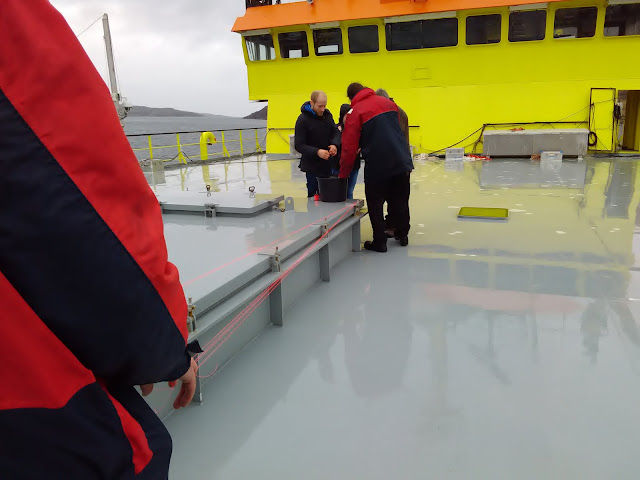 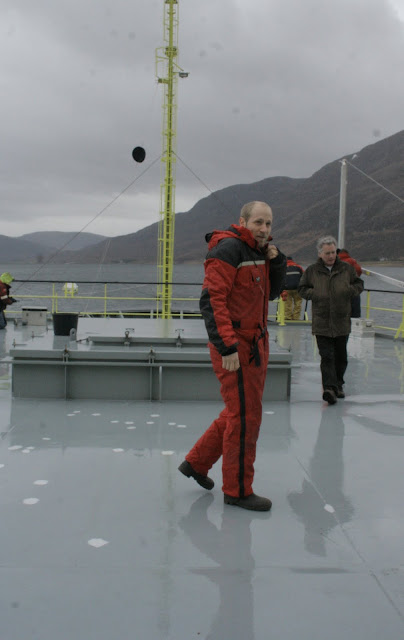 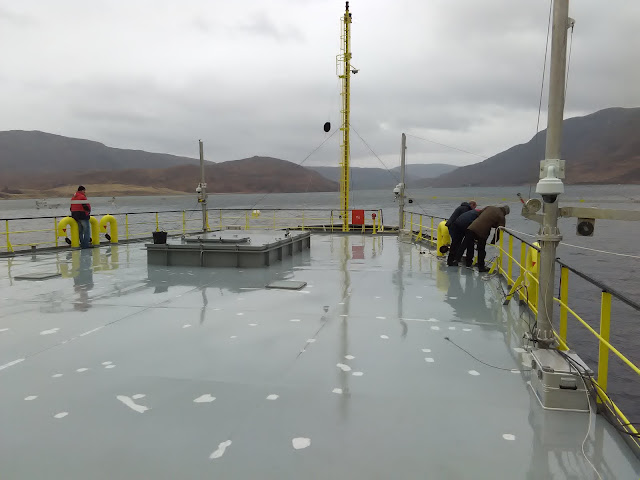 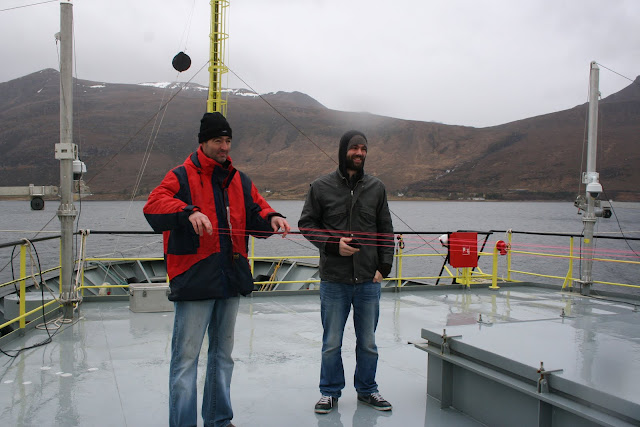 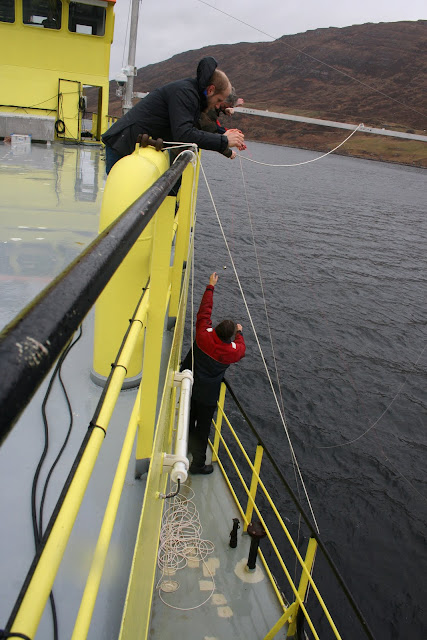 But something odd happened when we turned on the echosounding equipment.  A large shape appeared in the echogram and disappeared again. We thought it was a blip until it happened again. We all peered at the screens, checked the connections, scratched our heads… It wasn’t until we heard laughing outside that we figured out what it was. We came out on deck and found two dolphins circling the Tridens. It seems they had followed us in from the sea, probably thinking the same thing we were, that it was safer in the sheltered bay than in the North Atlantic at the moment. They stayed for about half an hour, clicking into the recorder, playing with the tungsten carbide ball, generally being an entertainment but also a nuisance, as we couldn’t continue the calibration until they’d gotten bored of us. 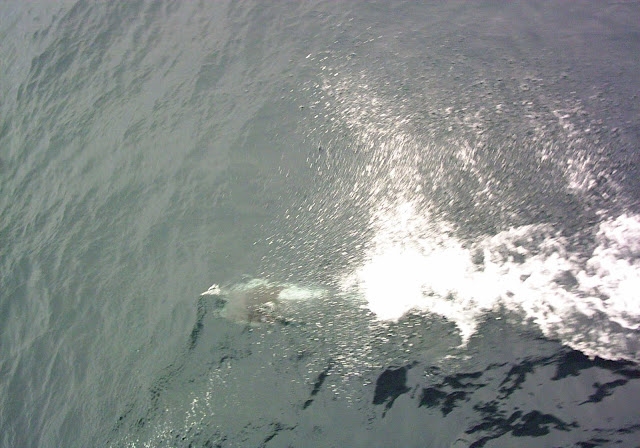 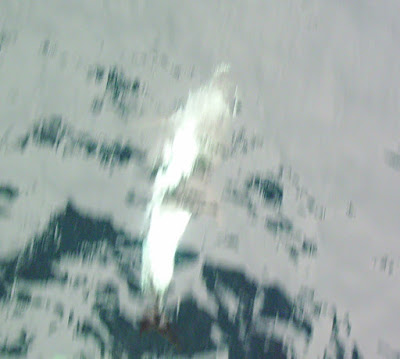 On the plus side, we now have some wonderful echograms of dolphins.

When we’re finished, we’re planning a harbour stop for Saturday evening at Stornoway. After that we'll head back out into the North Atlantic, north of the Hebrides to complete our last two transects for this year. Fingers crossed for more fish. 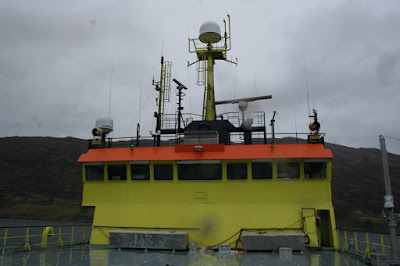