Stornoway: There and back again!


Hello again from the RV Tridens, where we are nearing the end of this year’s Dutch contribution to the Blue Whiting Survey.

After enjoying a calm night on Little Loch Broom, we finished the calibration of our echo sounders on Saturday morning, so we headed for Stornoway on the Isle of Lewis. As luck would have it, we were greeted with summery weather - a bright blue sky and sunshine provided a warm welcome as we arrived in Stornoway harbour during the early afternoon. 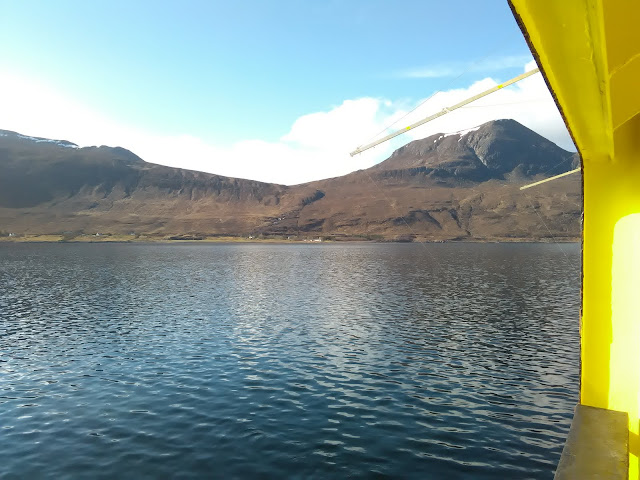 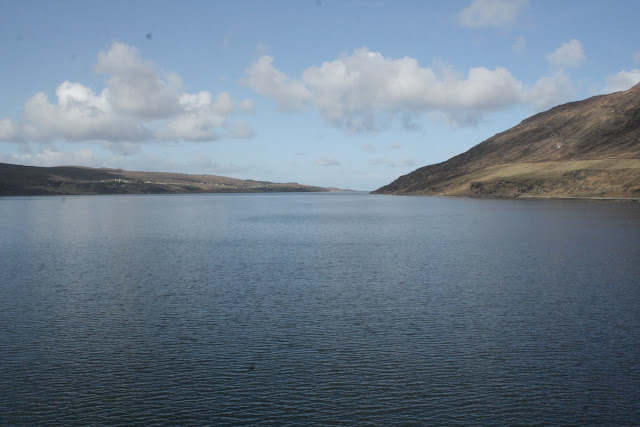 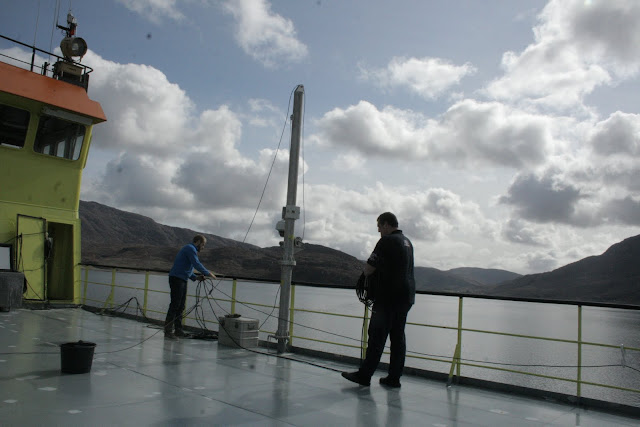 Upon docking at the pier, everyone on board quickly scattered into town for a well earned evening off. We all found our way back to the Tridens (more specifically its bar) that night to celebrate together. 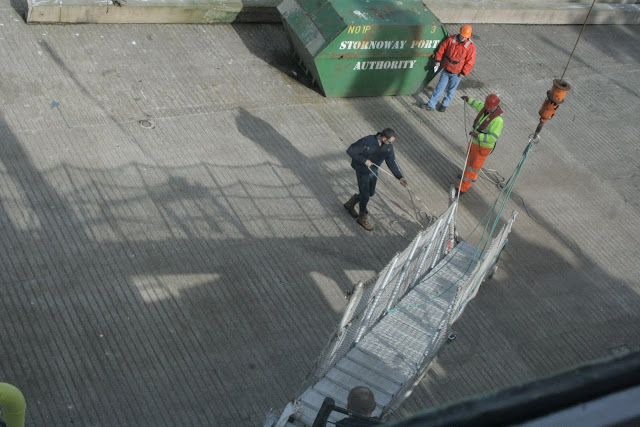 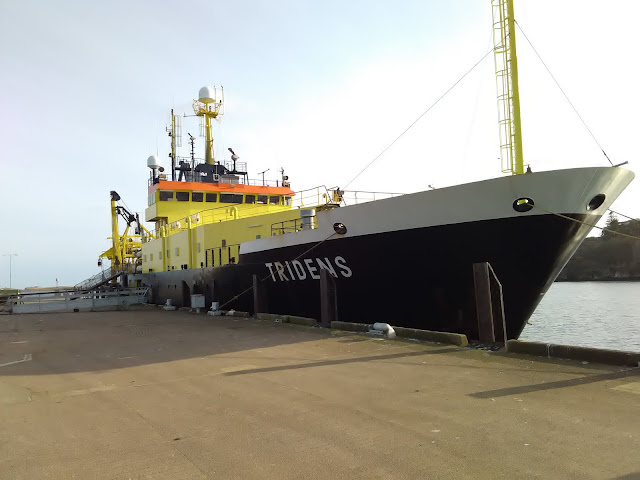 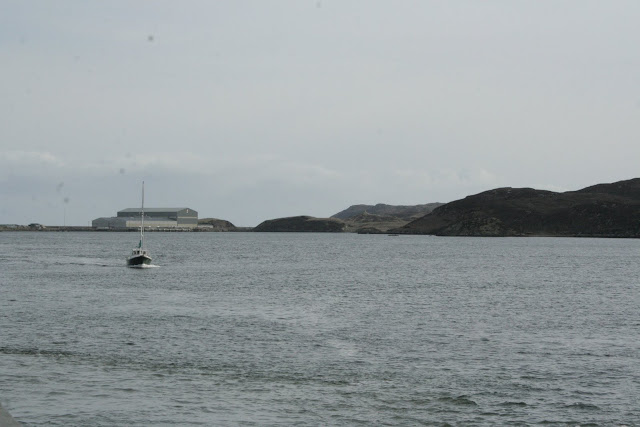 We set off at 10 am on Sunday.  The sunshine had been replaced by solid clouds and light rain, but the winds remained gentle. A light drizzle and overcast skies greeted us as we set off to our final two transects. Soon, the acoustics room was busy again and we started recording on the last westward transect. 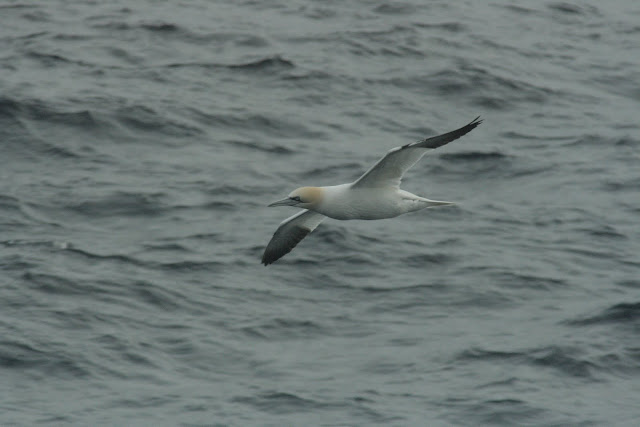 It took about two hours to find dense aggregations of fish. After 5 days without fishing, the net was finally shot again. But disaster struck! Some cables on the net had become tangled, and we had to haul it back in again. Our seasoned crew replaced those parts after another two hours and we were back in business. Unfortunately by the time the net went back in the water, the fish had scarpered. Another two hours later and the net was back on deck, fortunately it still contained a large amount of blue whiting. Interestingly, the size distribution of the individual fish was different from earlier hauls in that it consisted of a larger proportion of very small and large fish. The bycatch was dominated by almost 400 kg of hake and a lot of large argentines with a small number of mackerel, horse mackerel and gurnards. There were also some barracudinas, hatchet fish and of course, lanternfish.


We have just started our final transect for this year and will hopefully fish again for Blue whiting this evening. Tomorrow we hope to do a deep sea trawl (around 1000 metres depth) as our last task for this year in the North Atlantic. If all goes to plan, we’ll have another super post presenting you the fishes of the deep sea, so stay tuned.
Gepost door Blue Whiting Survey op 20:29