We finished our last transect yesterday around 10 a.m. and set course for Cork due to arrive in port in the early hours of Thursday the 7th. The survey might be coming to a close, but life on the ship still holds its little surprises and treats for us.

During the final transect, we were hoping to find a dense layer of blue whiting and finish with one last fishing haul but the schools on the echograms were too small and patchy to target with our pelagic trawl net. Hour upon hour passed as we closed in on the end of the transect, growing more impatient by the minute. We knew that we might not get the opportunity for one more haul…

Right as we made our way up to the shelf slope, a strong signal appeared at a depth of about 300 metres: this was our chance! Soon afterwards, the net was shot and we trawled through the whiting school, which now showed up as an extensive layer on the echograms. After a tow time of only 15 minutes, the net was hauled back in. 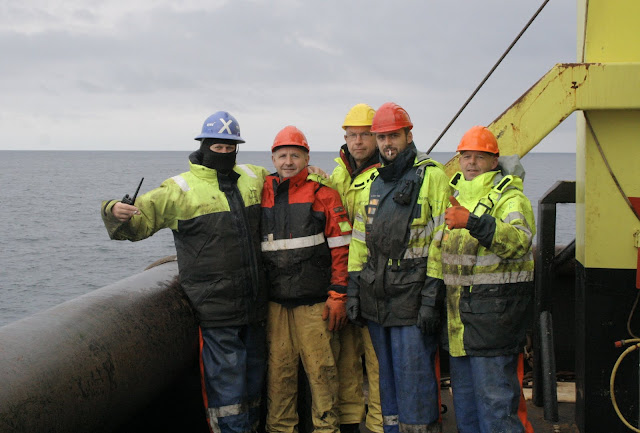 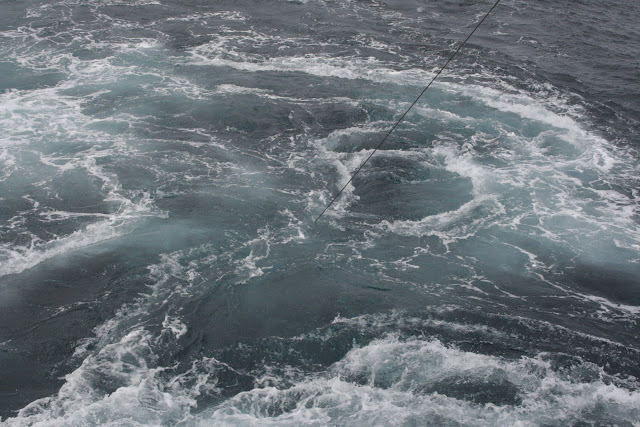 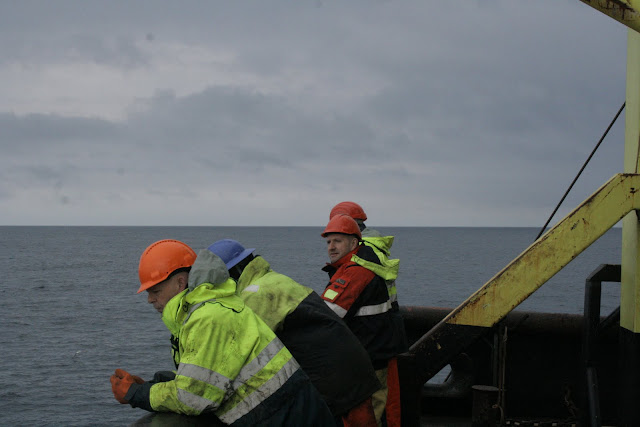 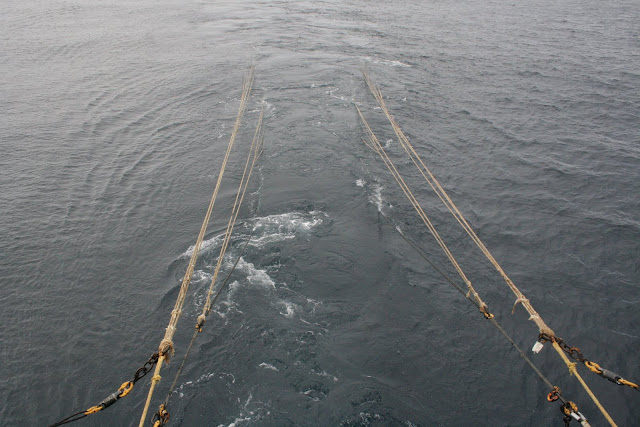 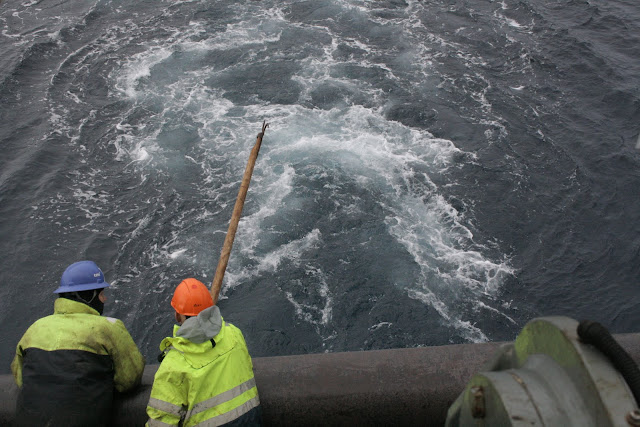 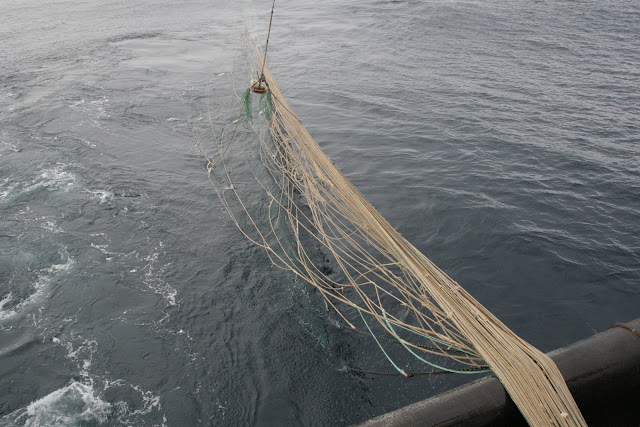 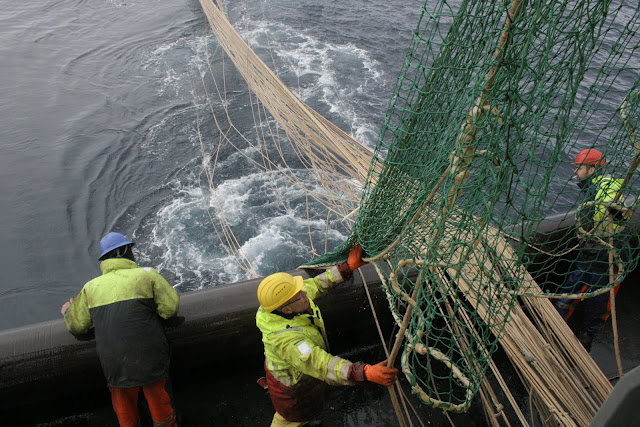 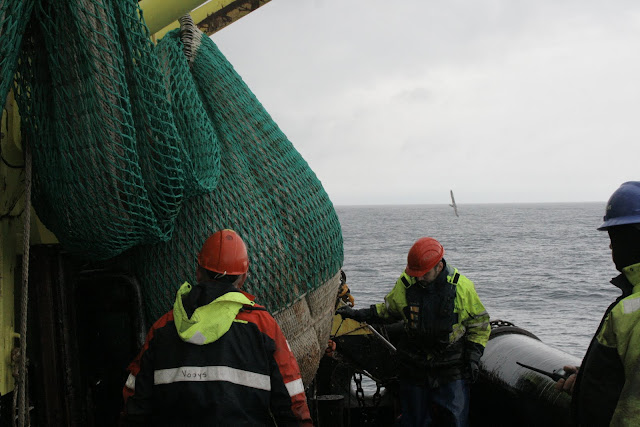 The school had been more dense than expected. The net contained about 3.5 tons of blue whiting, making it one of the largest hauls of the cruise. There was a high proportion of larger size classes of blue whiting (> 30 cm) and compared to other hauls, these fish were quite young, with many not older than 4-6 years. We also caught some larger bycatch species; mostly hake, mackerel, argentines and horse mackerel. Due to the shallower depth of this haul compared to the others, the mesopelagic species were absent except for a single lanternfish and a snipe eel. 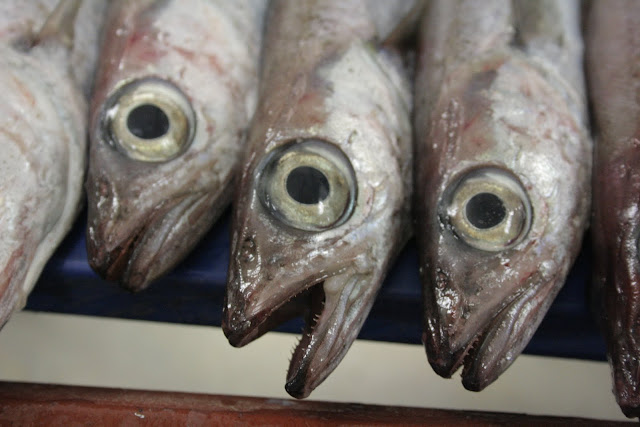 We promised a deep sea haul, but unfortunately we ran out of time. At the end of transect, we headed down passed the Isle of Lewis, through the Scottish Islands and down the Irish Sea. The wind picked up again on Wednesday, making for a rougher sea than the last few days. Steaming at about 15 knots, we are on schedule to arrive in Cork in the morning. While everyone on board is busy cleaning up and packing for the trip home, we are finishing the blog. For some of us, this will be the last night on board, so we are sending you our best wishes once more as we are passing through St. George’s Channel into the Celtic Sea. 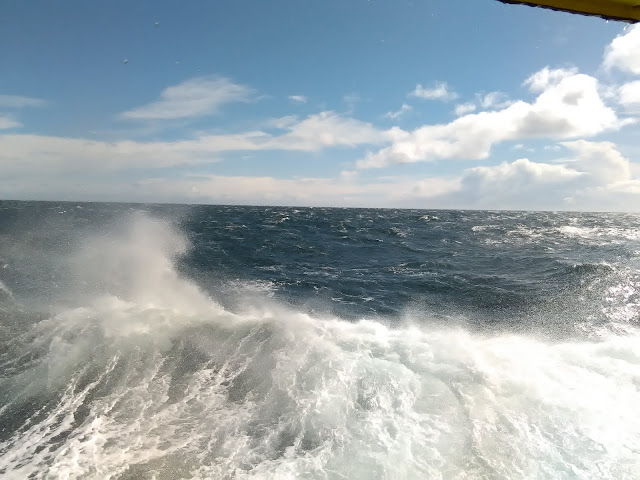 Safe home, and may the road rise with you.