The Eye of the Survey...


Greetings to all family members, friends and colleagues from our temporary home here aboard the RV Tridens, currently on transect on the Rockall Plateau, which is separated from the European shelf by the more than 2000 metres deep Rockall Trough. This is the furthest we have been out into the Atlantic so far. 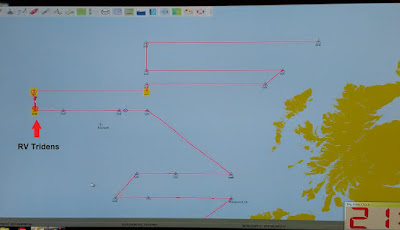 Rockall itself is a small granite islet (the remains of an extinguished volcano) of less than 800 m², home to gannets and guillemots during the breeding season. International legal arguments concerning overlapping claims on the surrounding shelf have dragged on for decades due to its fish stock, gas, oil and mineral reserves. It was claimed by the United Kingdom in 1955. 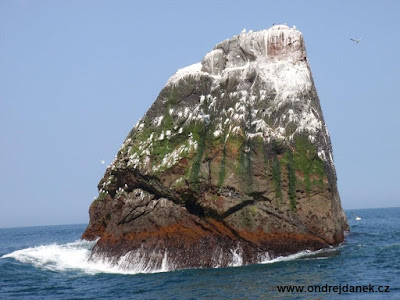 So far on this transect, we have not found aggregations of fish that are either of significant size, nor are they at the correct depth for blue whiting. They were more consistent with shoals of pearlsides and mackerel. On the previous transect, the last patch of blue whiting we saw had already been sampled by the other ships on the survey, so we let it be. There was a 12 hour crossing between this and the last transect, so consequently, we haven’t fished in a while. 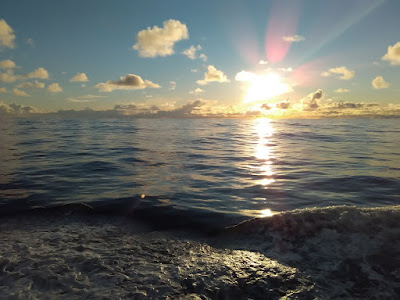 The last one was taken yesterday from a depth of about 500 metres and consisted of mostly blue whiting. There was nothing new or surprising in the bycatch, barracudinas, hatchetfish, dragonfish, squids and yet more lanternfish. With the number of light producing lanternfish we’ve found, you’d wonder if the deep sea was dark at all. 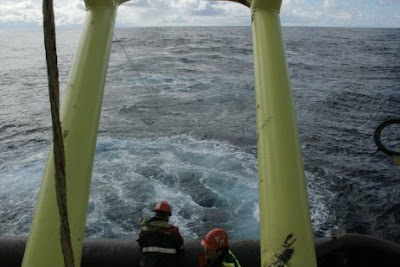 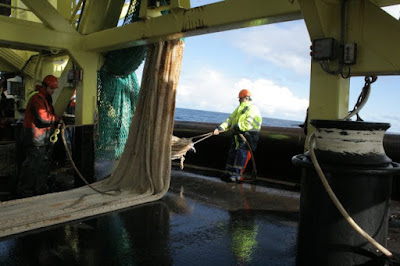 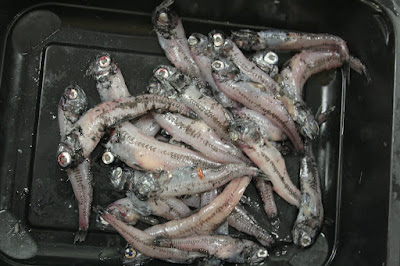 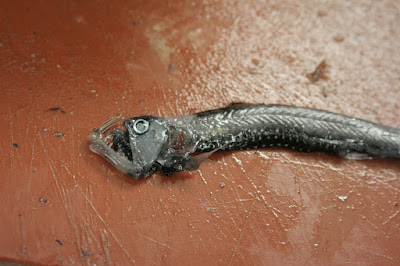 The sea has been spectacularly calm for the last few days as we made our way northwest and it allowed us to spend some time in the bird box on top of the bridge, watching out for seabirds and cetaceans or simply enjoying the sunshine. We saw a beautiful double rainbow that we of course GPSed. We’ll come back and look for the gold when we’ve finished the transect; science must come first. 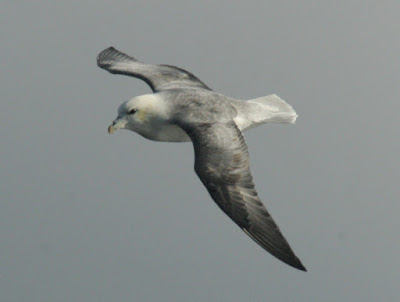 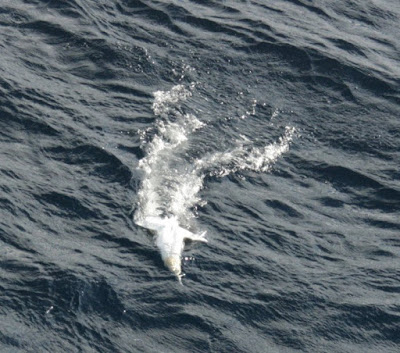 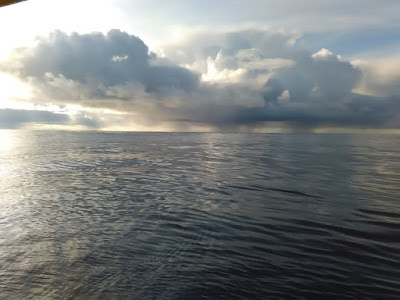 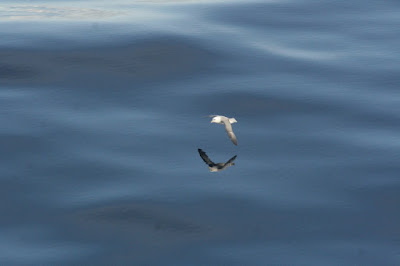 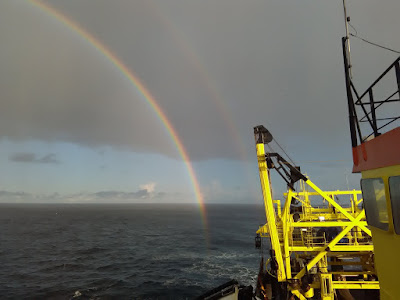 In the afternoon, we were treated to another one of Eric’s famous lectures on acoustics in fisheries. The last one was on the physics of sound waves, this one brought us closer to applying them to live, wild fish by learning about target strength and how it works in practice.

Yesterday we also did a fire drill. The alarm, even though we knew it was coming, startled us into action as we tunneled down corridors and jumbled down stairs to the recreation room, but one of our number was missing. Pre-practised routines were put into action. Four crewmen dressed in layer upon layer of fire fighting equipment, and went to look for the missing person. He came in moments later, propped up by three strong sailors, coughing convincingly. Our colleague (cough, cough, Kees, cough) was treated to a lie down and offered a stretcher, the latter he refused jovially. We can confirm that he had fully recovered by dinner time. 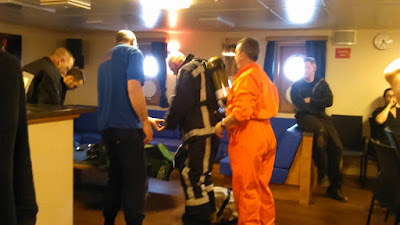 The final part of the drill was “Abandon Ship“. Again, the shrill alarm rang out, and we all set out for our cabins to retrieve two items: a life jacket and survival suit. We then swiftly made our way to our designated life raft and tried on our safety equipment. The life jacket was straight forward enough, the survival suit was more of a challenge. Fortunately ships tend to sink slowly, so we should be fine. At least now we are prepared! 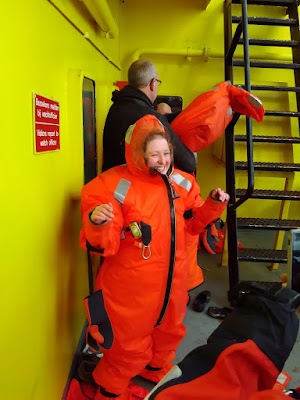 The likelihood of finding fish out here on the Rockall Plateau so far looks slim, so we probably won’t be doing any more hauls for the moment, but we’ll keep you updated. The mild weather has allowed for continuous progress so we anticipate to soon be on our way back towards the continental shelf. We’re all in good spirits and ready for the next haul, whenever it may come! 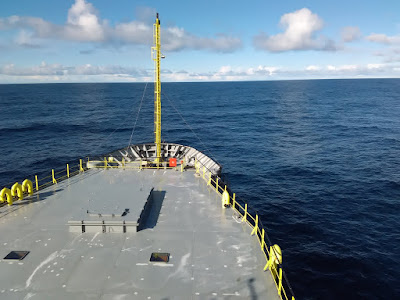