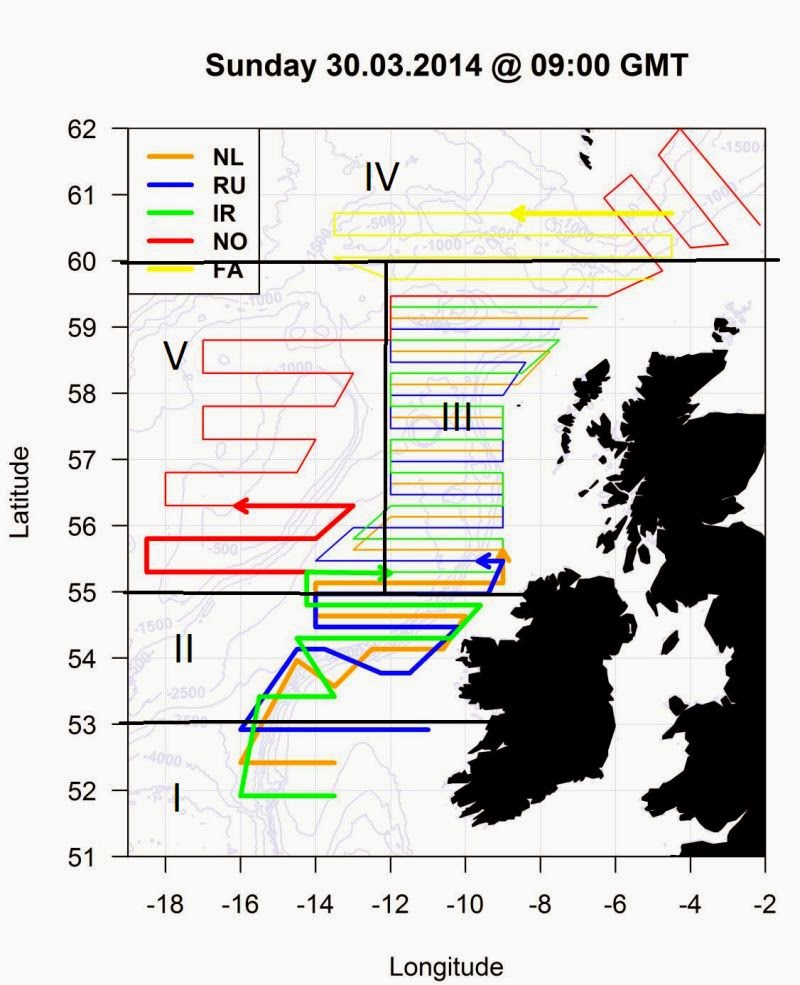 Over the past 2 days blue whiting continued to appear as soon as we were steaming over the shelf edge and continued until almost the end of our transect. The Irish seem to have observed something along these lines as well, as they even extended their last transect by 7 nm. The rule is if we are to still see blue whiting at the end of a transect we will have to continue until we haven’t seen any more blue whiting for at least 20 minutes.

Given the availability of fish, we are able to plan our trawls, in a way that we get relevant samples from the different areas, where we think differences in the composition could be expected. This is relevant as the occurrence of different length/age classes of blue whiting can be expected at defined bottom depth ranges. Generally along the shelf, at bottom depths below 1000m smaller fish are more likely to occur.
On a broader scale the survey itself is split up into 5 subareas: 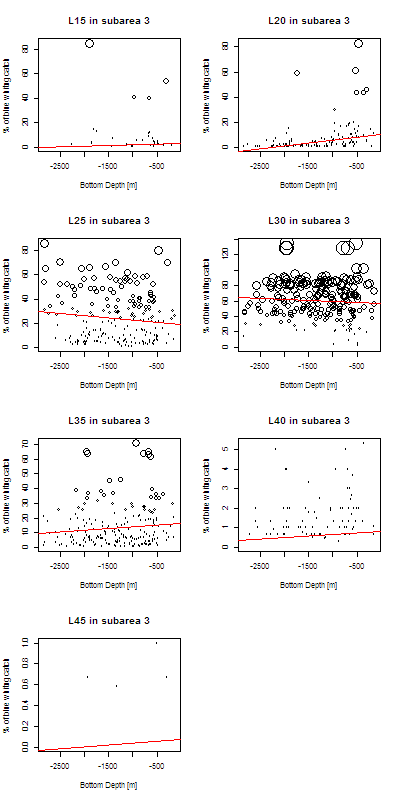 Below a graph showing the length distribution of blue whiting caught in subarea II of the survey from 2006-2013, plotted against bottom depth. L15 and L20 (blue whiting of length 15 or 20 cm) are mainly caught at bottom depths <1000m, with only one haul presenting an exception, where large quantities of L15 and L20 were found further offshore. L25 and L30 seem to be well spread out over all bottom depths, while the bigger individuals are caught more rarely in this area. Bigger individuals are more frequently caught further North, in subarea III and IV.
Just to continue with some information on blue whiting, for a lot of people it might seem strange that blue whiting is one of the most heavily fished species of the Northeast Atlantic but still it is rather difficult to find a restaurant which would serve it. In the Netherlands blue whiting is generally not sold for direct human consumption. They are a bit more popular in southern Europe and in Russia, but generally blue whiting is processed, either into fish meal, or pressed into fish fingers, Kibbeling or Surimi.

Back onboard the ship…

Lets start with the nice midnight snack Toni prepared for those of us working the night shifts... 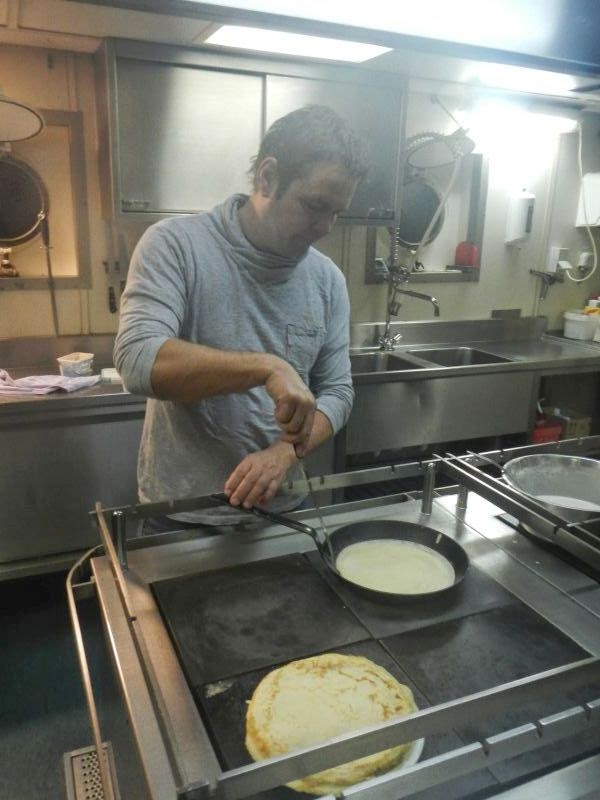 We just took in our 7th haul, which we took just a few meters above the bottom along the shelf edge (unlike the Norwegians, we have the right gear with us ;) ). As we fished along the bottom it is not very surprising that the catch besides blue whiting also contained some good sized hake.

The previous catches were all pure blue whiting trawls with very little mesopelagics. Trawl Nr 6 is worth mentioning as we hit a quite dense blue whiting school and hence were done rather quickly: