For the past days we couldn’t get our satellite connection to work properly, hence we did not have internet nor phone working on the vessel.
Luckily we managed to get it up and running again now and we are able to communicate with the outside world.

Since the last post the weather improved dramatically and we are now under the influence of a high, which leaves us “mild” North-eastern wind of “only” force 4-5.
During my last post I claimed that we would be calibrating in the Galway Bay prior to moving towards the beginning of the cruise track. Unfortunately, given the very rough weather conditions and the influence of a rather strong underwater current, we didn’t stand the slightest chance of executing a successful calibration, and gave up after a short period of time. As a consequence, we decided that during each CTD (app.  every 60 nm (~ 6 hours steaming)) we are going to check the functioning of the cables connecting the GPTs (General purpose transceivers) with the transducers on the towed body. If an error occurs, at least we might be able to point out exactly where and when troubles happened and could jump into action. At 5.15 (GMT) the next morning, we arrived at the beginning of our transect and started recording acoustic information. 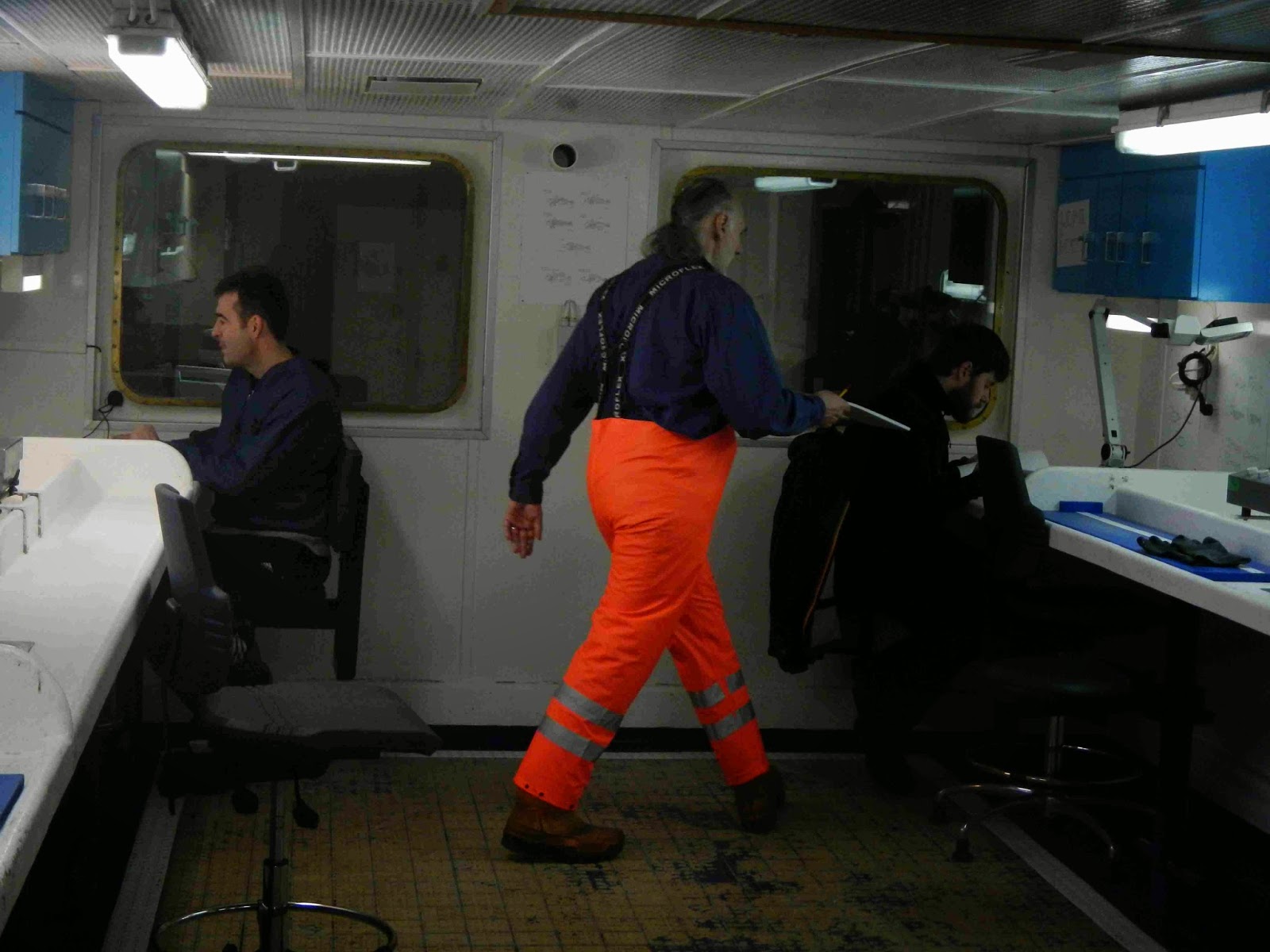 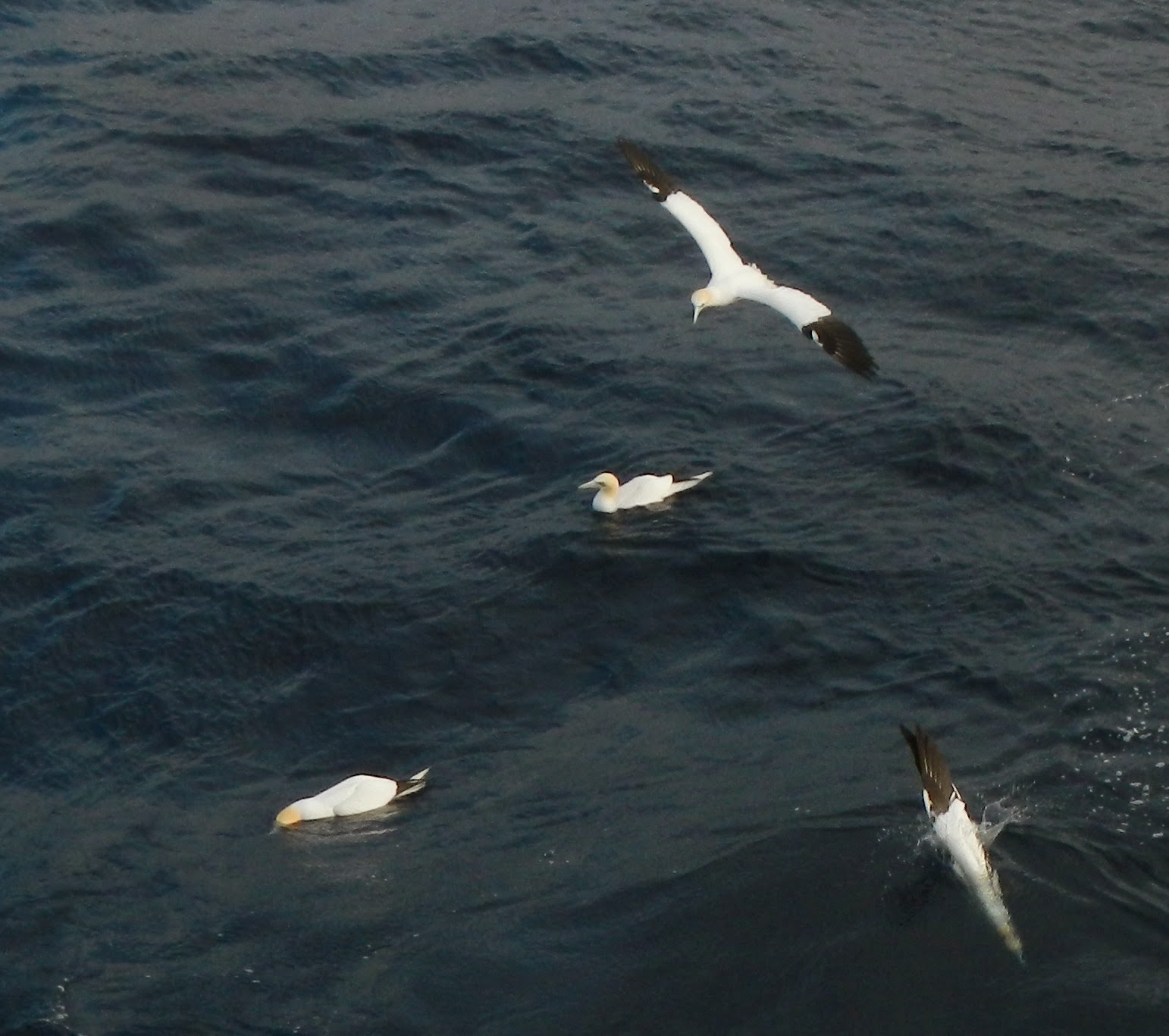 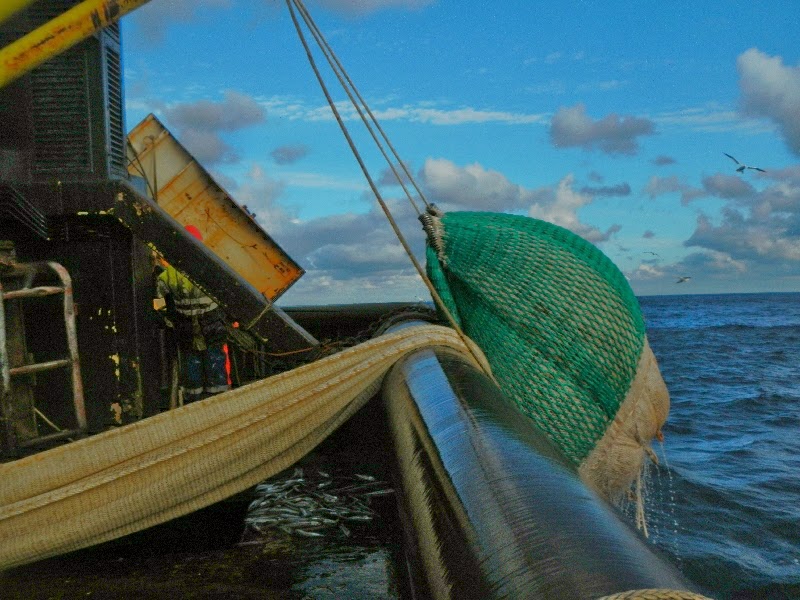 Later on, while moving from Porcupine Bank down into deeper waters, we hit the next school and went fishing once more. The catch was very similar to the first one, with very little mesopelagics and a dominance by relatively young blue whiting.


On the echogram below besides a blue whiting school and our fishing exercise, relatively large pearlside schools can be observed above the blue whiting school.  It is striking how one can distinguish different layers on this echogram. A top layer with probably some plankton, followed by the pearlsides layer, under which probalby a mix of pearlsides and zooplankton mixed with various other stuff can be found. A bit further down the mesopelagic, or deep sea layer starts, containing the blue whiting school. Often such layers are indicative for the presence of a change in environmental conditions, like a thermocline, different light conditions, etc..
Further a ghost bottom (a copy of the real bottom, which is located at a greater depth, not visible on our recordings), and the shelf edge are indicated. If such a ghost bo 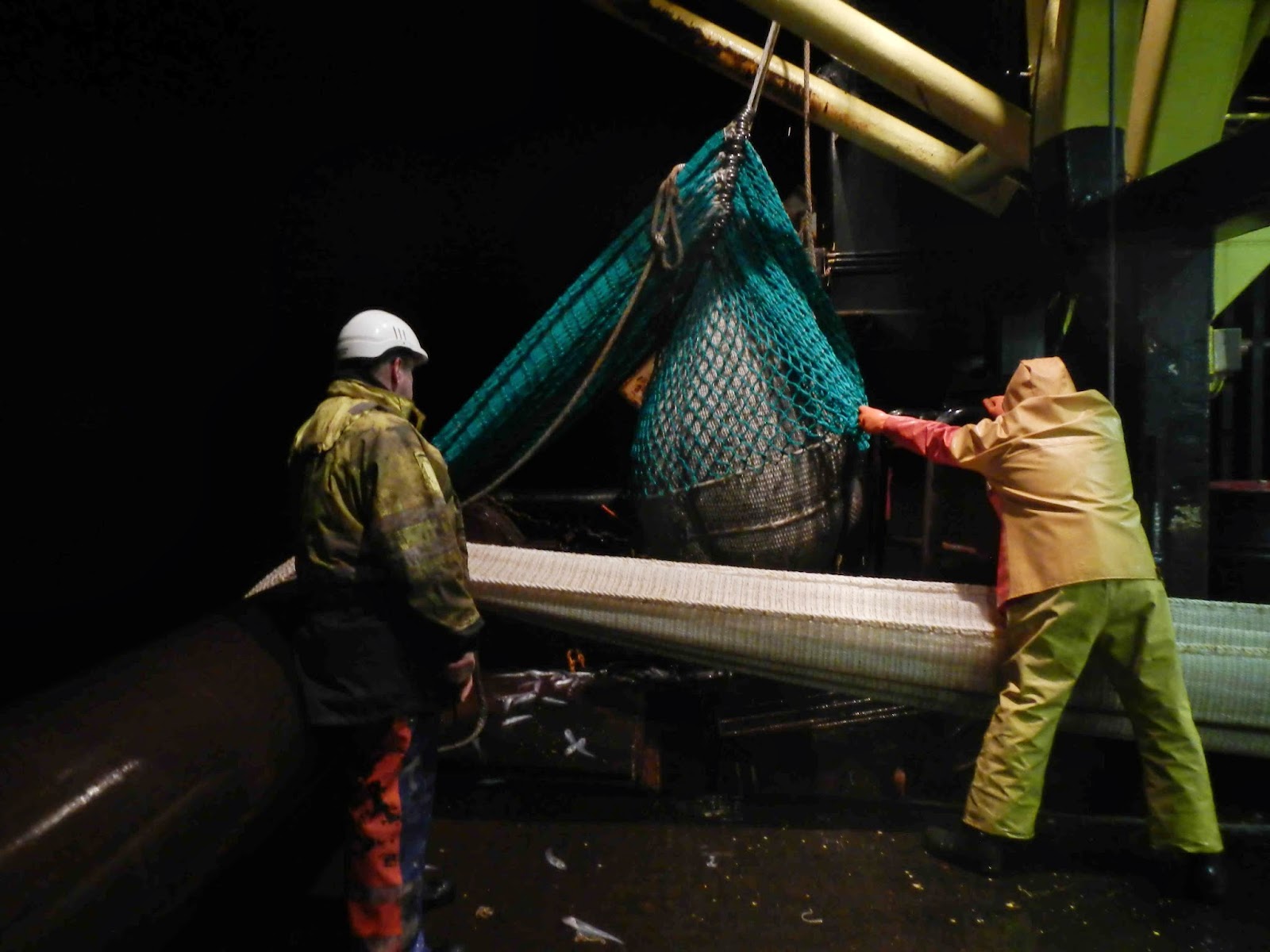 Later in the evening we passed over a truly massive school of more than 45 nm in length. As we already took 2 hauls early that day we did not intend to fish on it, but suddenly a rather strange picture developed on the echogram. Unsure if it might be blue whiting spreading out, fish predating on blue whiting or just something completely different, we shot the net once more…But once more it was a clean blue whiting catch with a lot of very small blue whiting (probably 2-3 year olds).
On the echogram the length and height are indicated. It should be noted that the start of this echogram coincides with the end of the echogram from haul 2. Hence bleu whiting was visible from the moment we went down the shelf, until we went it back up again. 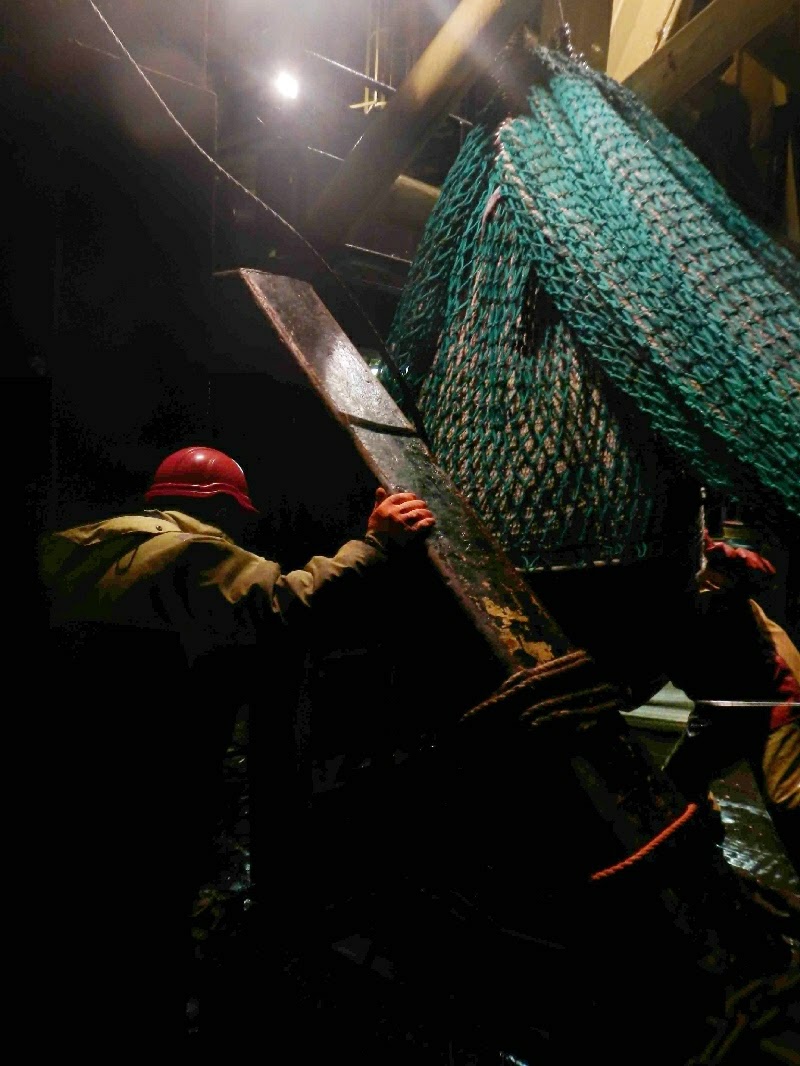 For the rest we are currently enjoying the rather nice weather after we got shaken a bit at the beginning of the survey and are all happy that internet and telephone are up an running again. For now we like to believe the weather forecast, which predicts calm weather until Monday…which I think we would deserve after the troublesome start of the survey.