Keep on riding the waves


We are still on track riding the waves, with a continuous wind-force 8 blowing from the southeast. Luckily enough we managed to keep on with our survey work without too many interruptions. Tomorrow or the day afterwards we should finally enter the high pressure area and finally get some nice weather.
Since our last post we did a couple of more trawls which gives us a total of 8 trawls now. After the fifth trawl, our net broke and the crew had to work the entire night to get it fixed again. They did a great job and we were ready to shoot the net the again next morning.

All 3 catches were pure blue whiting trawls, always mixed up with some mesopelagics.

Trawl 9
Our latest trawl was aborted because we had some problems with the winch which we are trying to fix right now...

For those of you who wonder how blue whiting looks like on the conveyor belt have a look at this video:

To get an impression of how it looks out here, have a look at the following video which Matthias recorded with his camera mounted above the bridge. As we have winds blowing from the southeast the swell is not too high out here, because it doesn't build up over a vast space as it would, if we would have the "usual" westerly winds. Still wind-force 8 - 9 is strong enough...

Another experiment we did during one of the trawls, was to mount the GoPro camera on a five meter pole and lower it into the water, to have a look at diving gannets, here some frist results, more footage to come as soon as we hiot some nicer weather and do not have to be scared to loose the camera anymore... 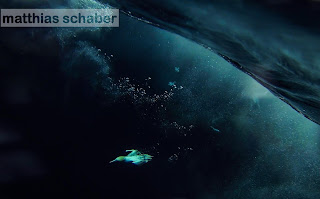 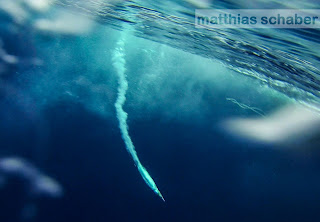 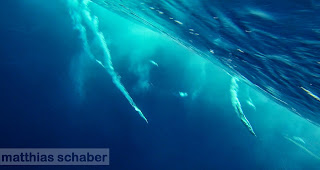